Our Club Rules are given below. You may also like to view our Club Constitution.

Trophies can only be awarded to financial members. Any trophies for boat/launch man-skipper must be a financial member of the Club. Day members are not eligible for trophies.

The fishing season commences on 1st July and ends on 30th June.

The minimum weights for all landed fish to qualify for trophies must be:

All bill fish must weigh 90kg or over.

All sharks must weigh 50 kg minimum, or double line weight.

Note: All Fish Must Comply With Government Regulations.

Only species involved in MAF fish tagging programming will qualify as tagged fish. You may liberate other species alive. All tagged fish will count for boat, angler and club tallies and all T & R trophies. A tag card must accompany the weigh sheet of a tagged fish to qualify. Do not tag sharks under 5kg or king-fish under one meter in length.

Catch Certificates will be issued on request If:

(a) The angler is a financial member of the DBSFC at the time of the catch.

(b) The fish was weighed at an official weigh station by an authorized weigh-master or assistant.

(c) The fish was tagged and released.

(d) The fish was caught in accordance with IGFA/NZSF rules, 60kg line will be the maximum line weight.

(e) To qualify as a tagged fish, they must be intentionally released while the leader is in hand.

In the event of a weigh-master or assistant not being available, the fish may be weighed by a committee member, plus one adult financial member.

The skipper, crew and angler must assist the weigh-master in the measurement and weighing of fish. Courtesy weigh anglers must produce proof of current membership of an affiliated club.

Competitions are open to anyone who is a financial member of the club, prior to the commencement of fishing and/or has paid their entry fee.

The committee shall have the right to alter, delete or add to any rules as it may deem necessary, in the interest of competitions and sport fishing, prior to the commencement of any competition.

A silver pin with an emerald eye will be awarded to the angler who tags and releases the first marlin each season.

For a world record fish recognised by NZ Sport Fishing, the pin will be gold. Any angler with two world records in one day will be presented with a gold pin with a diamond eye.

A silver pin with a ruby eye will be presented to any angler who catches a national record in accordance with NZ Sport Fishing requirements.

Each year the club will present a pin to the angler with the heaviest fish caught on 15kg line or under.

All trophy and pin fish must be weighed at an official weigh-station. Any club member, who catches within the 200 mile zone, and courtesy weighed at affiliated weigh-stations, will qualify for club trophies. If unusual or exceptional circumstances apply making it impractical to comply with the above rules, application must be made within seven days for a judicial committee decision.

All weigh-sheets and tag cards must be received by the club within 60 days of capture and/or no later than 7 days of the end of that financial year.

In the case of a tie for the number of fish caught, or tagged, a trophy will be shared unless specified in the club trophy book.

Fish weighed by members of a club affiliated to the NZ Sport Fishing will count for boat tallies only. Legally caught fish by a non-member, qualify for only boat and club tallies, and only if tagged and released or weighed at a DBSFC weigh-station.

Every 100th marlin weighed, T&R or courtesy weighed by a DBSFC member will be presented with an engraved plaque.
Anglers And Skippers Notices.

(1) Weigh sheets with all known facts must be filled in and presented to the weigh-master with the fish.

(2) When a fish is courtesy weighed at an affiliated weigh-station, it is “ THE ANGLER’S

RESPONSIBILITY TO ENSURE THAT THE WEIGH-SHEET OR INFORMATION IS IN THE HANDS OF THE SECRETARY OF THE DBSFC WITHIN 14 DAYS.

(3) Membership cards must be presented to the weigh-master with the fish.

(4) Some New Zealand and world records plus club line records are vacant or beatable. Be aware of which these are.

(5) In view of the government decision re the “Billfish Accord” on commercial vessels, it is the club‘s policy, along with all northern clubs, to encourage and promote tag and release to conserve our marlin stock and provide vital research.

Times By Appointment For All Weigh-stations

For various competitions and tournaments these rules may be altered by the committee of the day.

(9) Braid may be used provided a current test certificate showing its breaking strain is presented to the weigh-master with any fish caught using it.

Nationals Team Most Points: Team most points during the nationals.

Val Urlich Trophy: Most meritorious catch of the season. 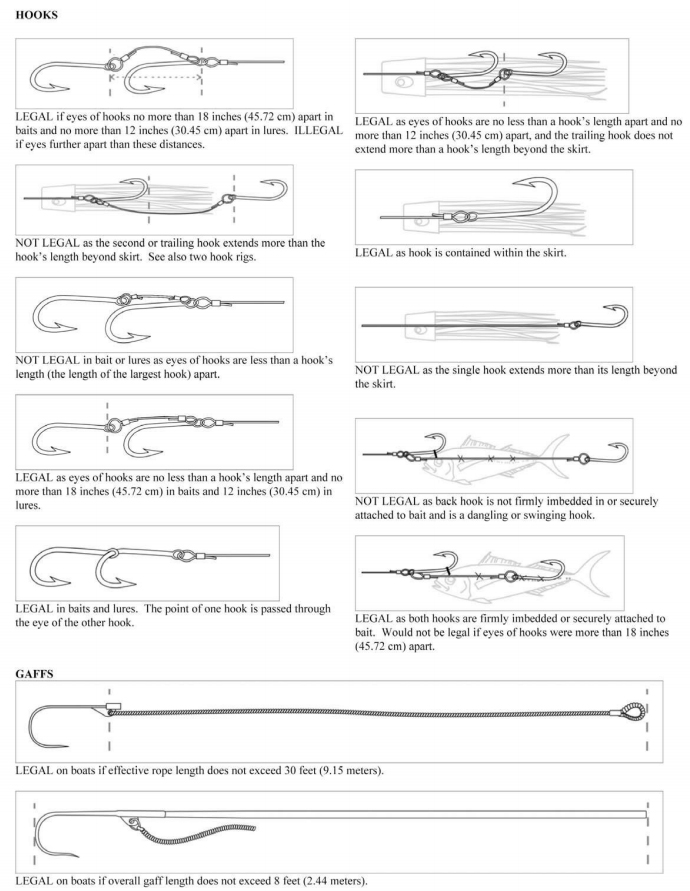 After a few issues that have surrounded the recording of catch cards in the past, we have reviewed the way in which these are now handled. It is up to the angler themselves to take a photo of their Catch cards after they have been filled out with a nominated weigh master for the Club or as a courtesy weigh. Then you must email a photo of your catch along with a photo of your catch card and any other relevant information to info@doubtlessbaysportfishingclub.nz.

The Club will also continue to collect a physical copy of catch cards and these will still be recorded by our club recorder. This will hopefully solve any issues if a catch card is lost or misplaced. All emails of catch cards will be kept for our records and for yours, should you ever need a copy.

The same goes for your tag cards. Fill out the appropriate catch card details and send a photo of both items to the email address as above.

If you have any questions please do not hesitate to contact us with your query. We are trying to simplify this process so we can all spend more time fishing and less time chasing up paperwork.